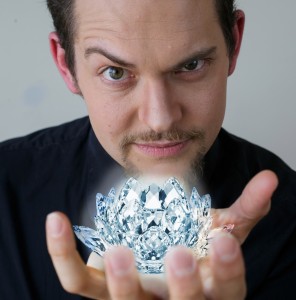 Master of Ceremonies: Uncle Yo

We’re proud to announce that Uncle Yo will be acting as our Master of Ceremonies on this special night! Karl “Uncle Yo” Custer is the Northeast’s premiere anime-themed comedian. Podcaster, playwright, puppeteer and Sailor Scout at heart, Yo’s most popular panel last year was “Magical Girl Bootcamp.” You may have seen his work alongside several Nostalgia Critic reviews as well as the 5th year anniversary short film, DragonBored. Follow his Fantasy, puppet-driven sitcom Dungeon Crawlers on that Youtube you kids are so happy about. You can find all his albums and CD’s on Spotify, Amazon and iTunes. Yo’s super stoked to be hosting your first Silver Millennium Masquerade Ball!